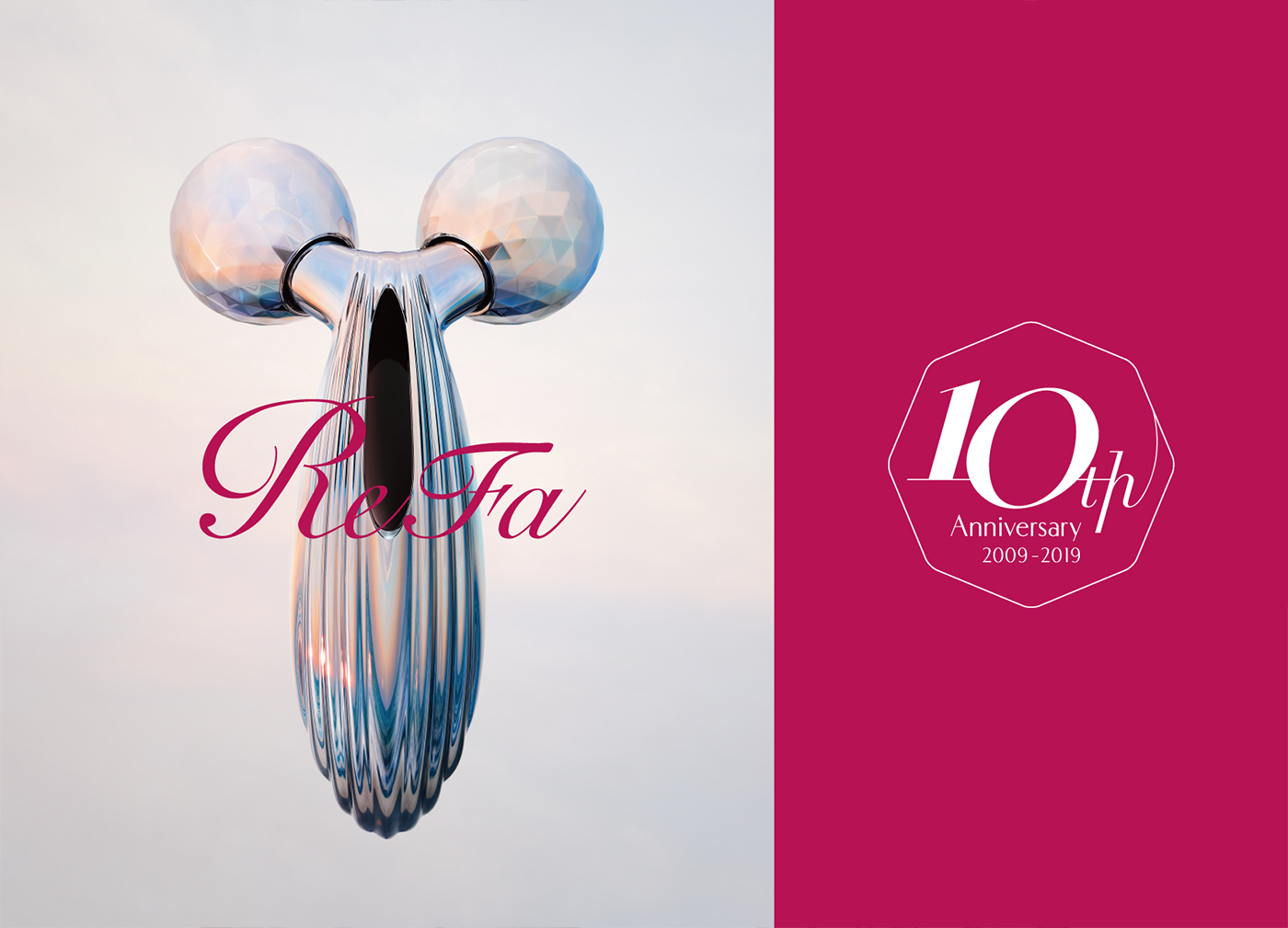 The global beauty brand ReFa is celebrating the 10th anniversary of its launch in February 2019. The brand would like to thank all of its supporters and customers over the past 10 years.


ReFa's journey began with a single beauty roller that replicated massage techniques used by estheticians.
Since then, the brand has been creating innovative products that combine beauty devices with skincare. Under the overarching brand vision of "Beauty Liberation," ReFa has endeavored to free beauty care from the confines of the vanity mirror by providing innovative solutions that can be used easily in any setting--at home, at work or on the go--to meet any and all beauty needs.
By the end of July 2018, a total of 10 million ReFa beauty devices* had been shipped since 2009.
To celebrate the 10th anniversary of the brand's launch, ReFa will be introducing several new products and organizing in-store events throughout 2019.


■2010 - 2013: The Roller Series
November 2010: Release of the ReFa PRO, the ReFa O STYLE and the ReFa I STYLE.
April 2011: The ReFa series reaches one million units in cumulative sales.
February 2012: The ReFa CARAT is released, and wins the 2012 Good Design Award. It goes on to win a number of best cosmetics awards from various media outlets, including the beauty magazine Biteki.


■2013 - 2015: A Total Beauty Care Brand
June 2013: Release of ReFa EXPRESSION, ReFa's first skincare line, and the ReFa for BODY, the brand's first massage roller designed to target the hips, waist and thighs.
April 2014: Release of the ReFa S CARAT for use on smaller, more specific parts of the face.


■2018: A Global Beauty Brand
March 2017: ReFa's first standalone store outside of Japan opens in Shanghai's Metro City.
May 2018: The ReFa CAXA RAY is released, and the brand's approach to beauty evolves even further.
August 2018: The ReFa series reaches 10 million units in cumulative sales*.


■Products to Watch for in 2019
The ReFa CAXA M1 from the ReFa CAXA series in three pearlized colors.
Color versions of the ReFa CARAT RAY in violet, red and blue.